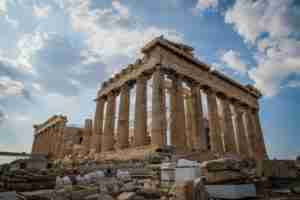 If we have any hope of affecting change to more democratic principles in the broader political realm, we must enable young people to learn about and experience firsthand the changes that our organization proposes. What better way to do this than to promote exploration of the roots of our democratic values within academic curriculum and student government?

Where in the world have cultures adopted the use of democratic lotteries, citizens’ assemblies, juries, and other forms of sortition in both ancient and modern times?

What role did a lottery system play in the original democracy of ancient Athens?

How did the jury system evolve to be included in the United States Constitution?

How did students in Bolivian high schools transform their student government by replacing traditional elections with a lottery system?

What deliberative processes are already in use in US schools?

CSU- The Center for Public Deliberation